Hokkaido is not a Japanese treasure,
Rather, it is a world treasure.

Delicious food, air and water.
Winter is powder that falls every day
You can enjoy great skiing.

All is the blessing that nature gives.

I am Mt. Yotei
Living at the foot of Big Mountain,
I am receiving that grace.

So thanks for this mountain,
Worship and cherish
It protects the nature of Mt. Yotei.

Hokkaido is a world treasure,
The nature of this big mountain
I want to keep it for posterity.

Mr. Kondo is a Haglofs yellow jacket and blue pants.

I am originally from Fussa City, Tokyo. Entering a university in Hokkaido, aiming to become a veterinarian. This was Kondo's encounter with Hokkaido. Here, Ms. Kondo was fascinated by the mountains, and took a leave of absence to spend a season in the mountains of Switzerland.

After graduating, she gave up her dream of becoming a veterinarian due to various circumstances, left Hokkaido and taught as a high school teacher. However, the days I spent in Hokkaido are unforgettable, and I returned to Hokkaido again.

At the age of 35,Youteizan Hinangoya Refuge hutMr. Kondo, who became the manager of Mt. Yotei (located at the 9th station of Mt. Yotei), began working on mountain-related work in earnest, and in 2014, was located near the entrance to the Hirafu course on Mt. Yotei. "Ezofuji Goya (Ezofuji Hut)”Has been established and continues to the present.

As you can see from the reputation, not only the local people, but also widely trusted by the mountain world.

With Mr. Kondo, Takahashi, the representative of PORTALFIELD, used Ezofuji Goya (Ezofuji Hut) to enjoy backcountry skiing (BC) in Hokkaido. We have received advice and cooperation.

This video is a three-year documentary filmed by Connections Movement"Yūgen"Official trailer.

From the words, facial expressions and voices of Mr. Kondo shown here, you will be able to feel his personality and warmth.

Now,PORTALFIELD top pageandMr. Kondo's member pageNotice that Kondo's weather information from the day before was posted every day?

This is a meeting with the PORTALFIELD staff,

"People who want to know the snow condition of Niseko are like mountains!"

It has been realized by having accepted the information provision as a method for that.

This video is one of everyone including Kondo who enjoys backcountry skiing (BC) at the foot of Mt. Yotei.

It is no exaggeration to say that how to enjoy the powder that Niseko boasts is condensed, but it is weather data that everyone wants to know, how important the snow condition and its information are. is.

Whether you ’re in winter or summer, there are several ways to look at historical weather data itself.There is not much that can be seen with comments based on actual impressions, and it is valuable weather data.

Next time, I would like to introduce Kondo's contribution, which was published in the Ministry of the Environment's official paper "Kokuriku Park" published the other day. looking forward to.

Knowledge and accurate information backed by experience may be cited as important factors that are necessary to enjoy activities safely, including outdoor activities. PORTALFIELD brings together them to create opportunities to enjoy the field more happily and more safely, as well as transmit information and knowledge from people who are passionate about the front line of each field, work experience and attractiveness from various perspectives I want to provide media-centric services. This account is for someone inside. Thank you. 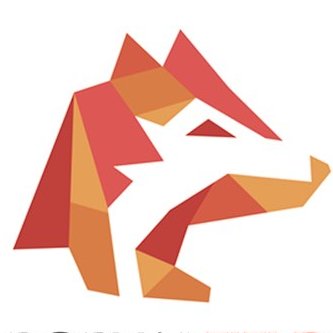